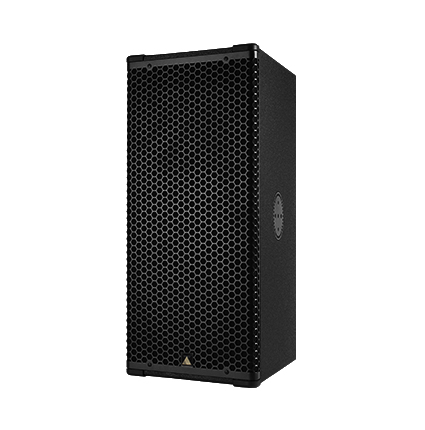 The cabinet construction uses marine grade birch plywood as well as aircraft grade aluminum and steel, and is equipped with two Speakon™ NL4 connectors. A disc rigging system is placed on four faces of the enclosure, with a multitude of accessories allowing the enclosure to be deployed seamlessly in a variety of applications.

The S10p is suited to a wide variety of applications. Its full range capability (60 Hz) at reasonable levels qualifies for applications where sub is not required. Target applications include performing arts centers, live performance venues, sports venues, conference centers and houses of worship. The large format of the S10p as well as the uniform voicing across the entire S-Series and E-Series makes the S10p suitable for both outfill and sidefill applications.