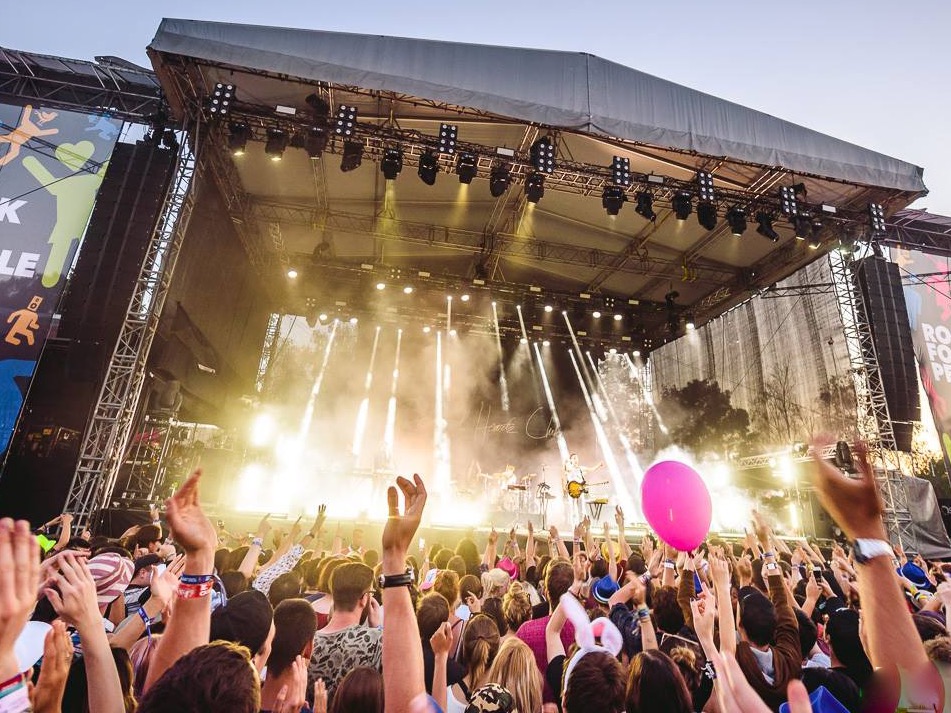 Tens of thousands of Czech music fans came together at the 2017 edition of the country’s largest open-air festival, Rock for People, to see the likes of Paramore, Evanescence, Foster the People, Mastodon, Die Antwoord, and dozens more.

But while the music across the festival’s four stages was remarkably diverse, that’s not the case for their sound systems, as longtime production provider ZL Production had an Adamson system at every one.

“Rock for People is our biggest festival event of the year, and as such, we simply can’t afford to have anything but the best technologies bringing the music to the fans,” comments ZL Production’s Ondřej Tureček. “We have a long history with Adamson, and there’s a perfect solution in their product line for every size of stage at Rock for People that exceeds any rider requirement we might receive.”

The main Rock for People Stage boasted main hangs of 12 Adamson E15 three-way, true line source cabinets and three S10 sub-compact two-way, true line source cabinets as downfills per side. The side hangs featured nine S10s per side and eight SpekTrix three-way active loudspeakers handled infill. The substantial low end came courtesy of 32 E219 subwoofers at the front of the stage, delayed from the centre to the sides for consistent coverage and maximum punch.

The slightly smaller Komerční Banka Stage featured Adamson E12 arrays with 12 cabinets per side and SpekTrix cabinets for downfill and infill, plus 16 T21 subwoofers for low end. The Jack Daniels Stage boasted S10 arrays as main hangs with E219 subs, and the smallest of the four, the Hanácká Stage in the DJ tent, featured SpekTrix stacks and subs.

ZL Production was founded in 2005 and now provides technical solutions for major concerts and festivals in addition to turnkey solutions for conferences and corporate events, fashion shows, awards galas, and more. The 2017 edition of Rock for People marks the company's 11th year of collaboration with the festival.

“We’re very proud to be a member of the Adamson network and to stand behind our systems when many of the world’s top touring artists visit the Czech Republic,” concludes Tureček. “But the most important part of the job is giving the fans the best possible sound and experience, and Adamson was a big part of that at Rock for People.”