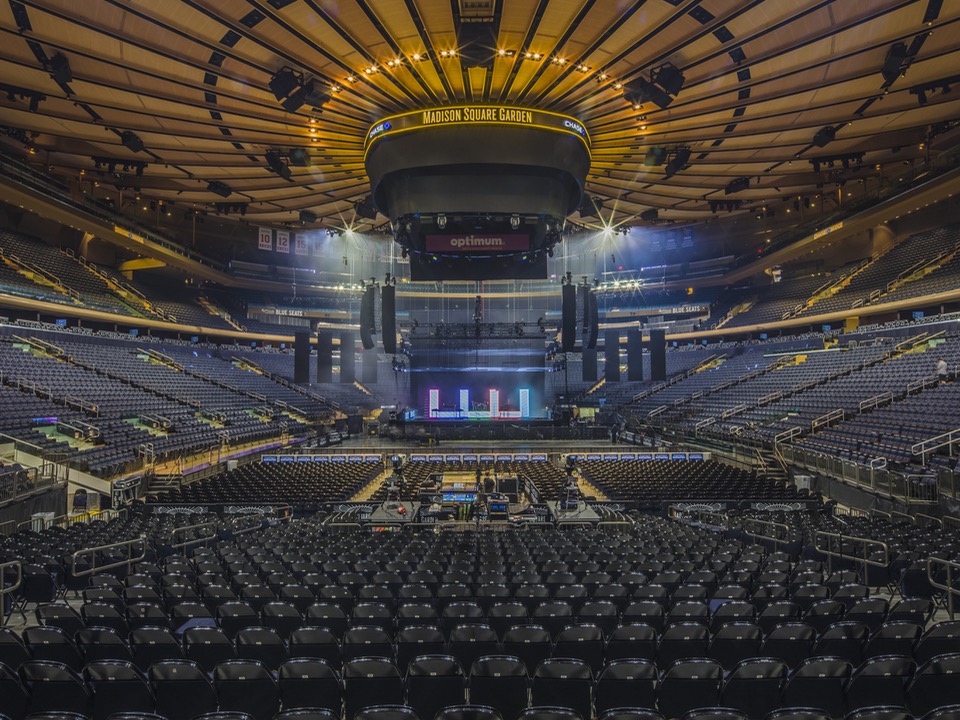 British pop-rock outfit The 1975 have been touring virtually non-stop since 2015, having just wrapped up the seventh – yes, seventh – leg of their ongoing run with shows across North America.

As their audiences continue to grow, so does the importance of pristine, powerful sound to support their upbeat and energetic brand of pop rock, and so for their North American tour dates, the band’s longtime audio production provider, Eighth Day Sound, recommended a switch to a substantial Adamson Systems Engineering E-Series and S-Series FOH loudspeaker system.

“Eighth Day had invested in Adamson and we’d had some fantastic festival gigs using their systems,” begins Jay Rigby, FOH engineer for The 1975, “so we thought we might as well take the system out and put it through its paces, and we’ve had really great results.” Admittedly, they haven’t looked back since.

The typical configuration featured main hangs of a dozen or more Adamson E15 three-way, true line source enclosures per side, with three more compact E12s underneath each to cover the nearfield.

“We loved the low-mid presence of the E15s at festivals we did last year,” Rigby shares, “and were also really impressed with how far the system threw.”

The main hangs were flanked by arrays of Adamson E119 subwoofers and side fill arrays of up to 12 compact S10 two-way, full range cabinets. An additional 24 E119s were set up in 12 stacks of two and evenly spaced across the lip of the stage in a slight arc, along with eight S10 cabinets as front fills.

Rigby notes that the North American tour was unique in that the shows ranged from A-market arenas to larger soft-seat theatres to some basic rock sheds, so scalability and sonic consistency between the two loudspeaker series was critical. That’s where Adamson’s Blueprint AV simulation software was a significant help.

“The versatility and precision that Blueprint AV offers when predicting the system’s coverage within the various spaces was excellent,” comments FOH system tech Dan Bluhm of Eighth Day Sound. “We had a great workflow that allowed for quick and accurate predictions from day to day.”

Backed by an Adamson loudspeaker system and support from one of the world’s top audio production providers, The 1975 conquered several major markets across North America, and if the past couple of years are any indication, it likely won’t be long before they’re back.

Read more about the tour in the July 2017 issue of Live Sound International, attached here.