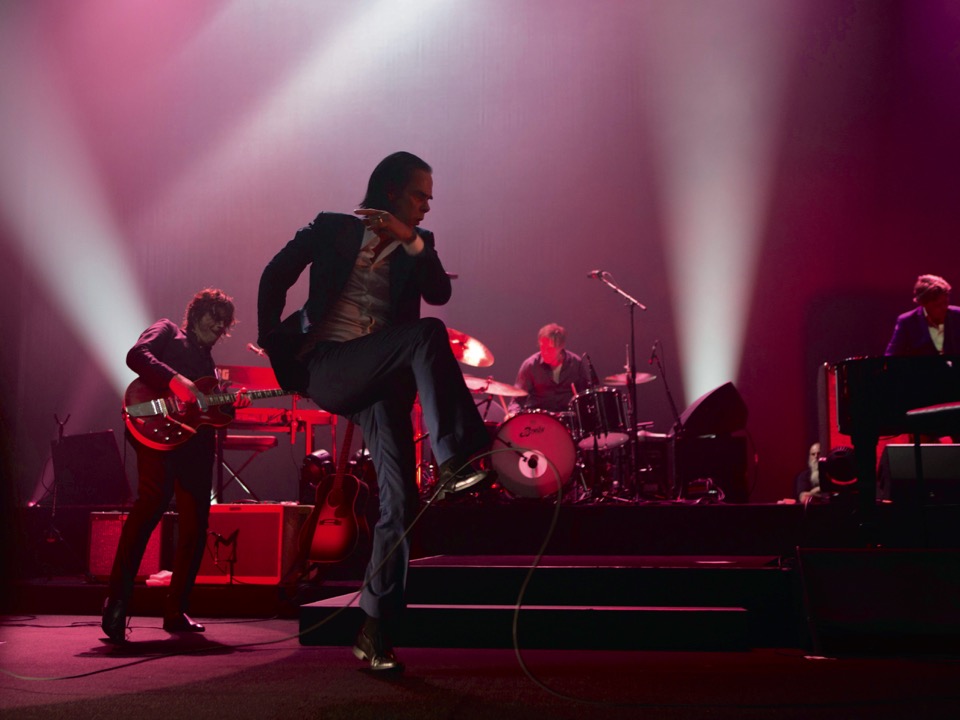 Iconic Australian art rockers Nick Cave and The Bad Seeds were on the road for much of 2017, performing in world-renowned theatres and major arenas across Australia, North America, mainland Europe, and the U.K. When it came to the large-scale venues like Manchester Arena and London’s O2 Arena, it was an E-Series audio system from Adamson Systems Engineering amplifying the band’s haunting melodies and weighty words for a notoriously dedicated fan base.

“Both the E15s and S10s are sounding beautiful,” FOH engineer Matt Crosbie said amidst the run. “Even from when we first tried them in Australia, it was clear we had the right system, and with the new V4 preset, the mids and highs are pretty close to perfect.”

Considering the wide range of venues comprising the tour, the system was designed with scalability in mind. The typical configuration featured a combination of Adamson’s E15 three-way, true line source enclosures and E12 three-way, full-range cabinets, along with compact S10 two-way, full-range enclosures for fills and E119 subwoofers for low end.

As an example, the system deployed at Manchester Arena boasted main arrays of 15 E15 and three E12 cabinets per side, with side hangs of a dozen E15s and three E12s. System tech Simon Farrell of audio production provider Eighth Day Sound also had eight S10s across the lip of the stage for frontfill and 12 stacks of two E119 subwoofers in a cardioid configuration lining the stage. A complement of 30 Lab.gruppen PLM 20K44 amplifiers drove the system.

“It’s sounding great in these bigger rooms thanks to the smooth bottom end, and the high mids are just unbelievable,” Farrell shares. “This PA seems to have a very vocal sound that can cut through a lot of the low-mid nonsense that you have trouble fighting in other systems. Tonally, it’s consistent across the dynamic range – you can push the system harder and the tone doesn’t change.”

Farrell notes that none of the stops used flown subwoofers as the complement of E15s could easily accommodate the low frequencies in conjunction with the 24 E119s on the ground.

He also made use of Adamson’s Blueprint AV software when scaling the system for each venue. “It’s up there with the most intuitive and efficient room drawing software I’ve ever had the pleasure of using,” he says. “I can go from absolutely nothing to a fully-drawn large arena with a prediction in a very short period of time. Practically, the actual rigging of the PA is super fast and easy. Adamson did a great job designing every aspect of it.”

“For the last 20 years, we’ve been doing 5,000- to 10,000-capacity venues so, in that sense, it’s a big step up,” Crosbie says about Nick Cave and The Bad Seeds’ 2017 global outing. “That said, this is still an old analog rock ‘n’ roll show. There’s not much trickery, so we have nowhere to hide, but we’ve done every kind of venue by now. Nothing fazes us.”