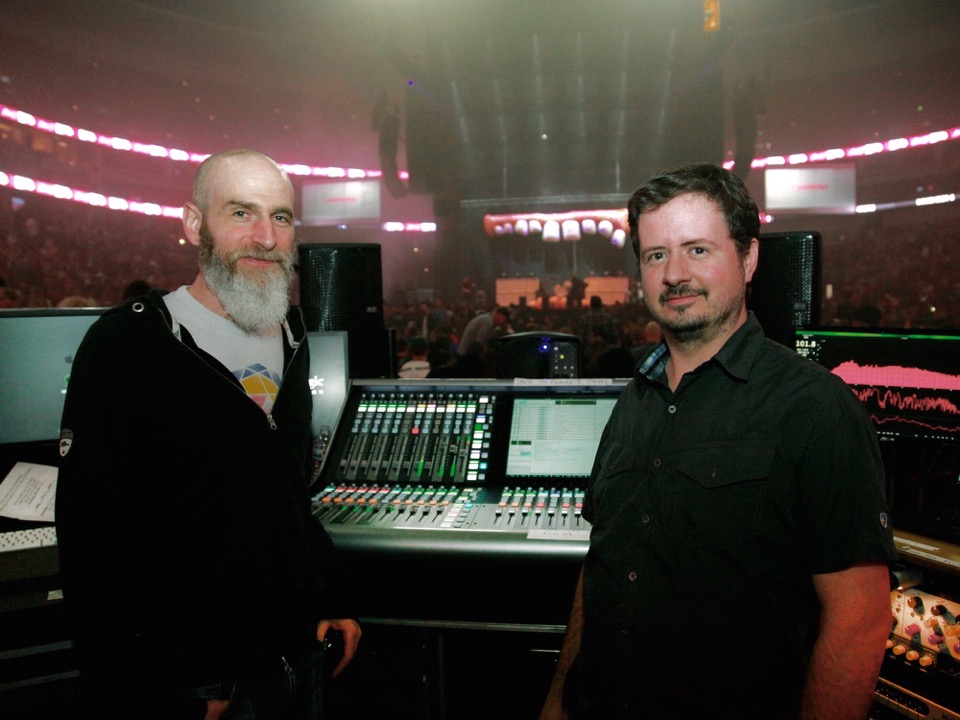 Imagine Dragons are members of an elite group of current rock bands that have gone from playing basements and dive bars to major arenas within the past 10 years, and for their Evolve World Tour in 2017, it was an Adamson E-Series system rocking the crowds from continent to continent.

“Adamson is always my first choice when it comes to Imagine Dragons,” says FOH engineer Scott Eisenberg. “The E-Series offers a perfect blend of power and musicality and I love the overall impact we get with this system.”

The trek was the band’s biggest to date in terms of scale and overall production value and featured a unique stage design that wraps the audience around the band in an almost 360-degree configuration. That necessitated an equally unique audio system design with a package that, like those for all of the band’s previous production-carrying tours, was supplied by Escondido, CA’s Sound Image.

The main hangs for the Evolve World Tour are comprised of 18 Adamson E15 three-way, true line source enclosures per side, though they’re suspended about 30 ft. further upstage than usual. Using Adamson’s Blueprint AV software, systems engineer Cameron Whaley of Sound Image was easily able to avoid the potential pitfalls of that configuration.

Rounding out the package are side hangs of six E15s and nine E12 three-way enclosures per side, and rear hangs comprised of eight compact S10 two-way, full-range cabinets per side. Adamson’s E219 subwoofers handle the low end, with flown left and right arrays of 12 cabinets and an additional six per side on the ground. 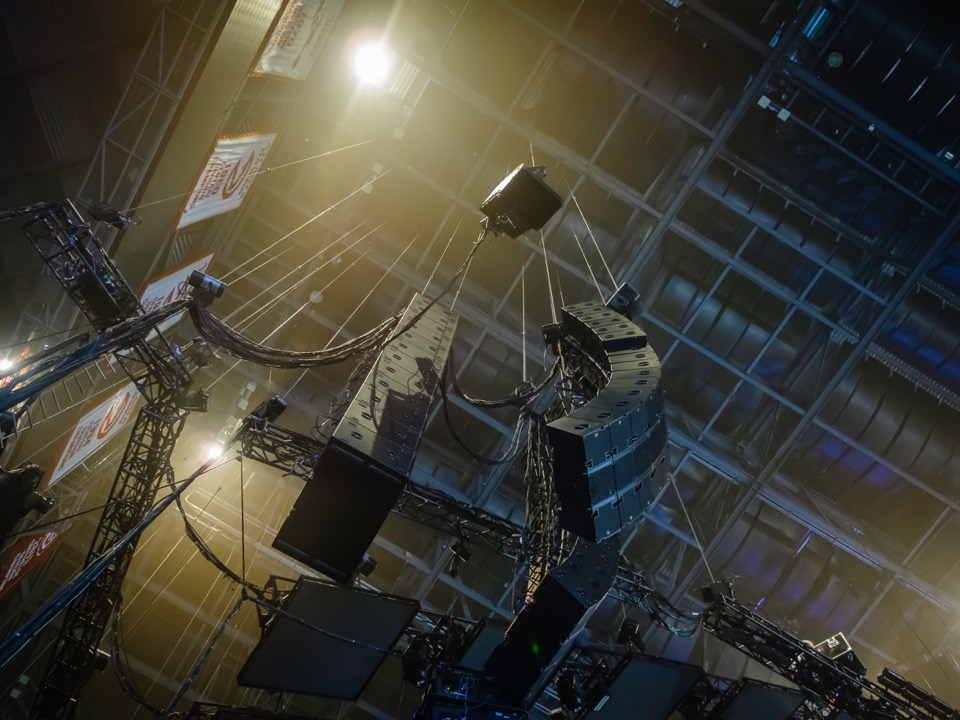 Speaking to the low-end distribution, Whaley says the elaborate sub design has produced some very welcome results. “Having a sub array long enough to achieve some directionality, we can get a good amount of energy to the back of the room without it being overwhelming in the front,” he explains. “By playing with the timing of the ground subs to the flown subs, we can also fill in some of the holes between the power alleys on the floor.”

As far as what made the E-Series the ideal choice for this trek – and every major Imagine Dragons tour before it – Eisenberg says it’s largely about power and consistency.

“I really like that it’s got a lot of horsepower, especially in the mains’ lower midrange,” he offers. “The highs are clear but not harsh, and when the subs kick in, there’s just some really solid energy that hits you in the best way possible.”

He adds that the uniformity when transitioning from the E15s to the E12s and S10s in different parts of the room is seamless. “I love that the quality and performance is consistent across the board with the E-Series and S-Series,” Eisenberg offers. “That’s a welcome bit of reassurance that we’re delivering great and consistent sound to every corner of any given venue.”

Working together, Imagine Dragons, Sound Image, and their respective teams are providing powerful live rock music for people around the globe at a time where it’s seemingly in short supply, and fortunately for the band’s ever-growing fanbase, they don’t show any signs of slowing down.

For more on Imagine Dragons' Evolve World Tour, check out the Cover & Feature Story from the January 2018 issue of FOH Magazine.