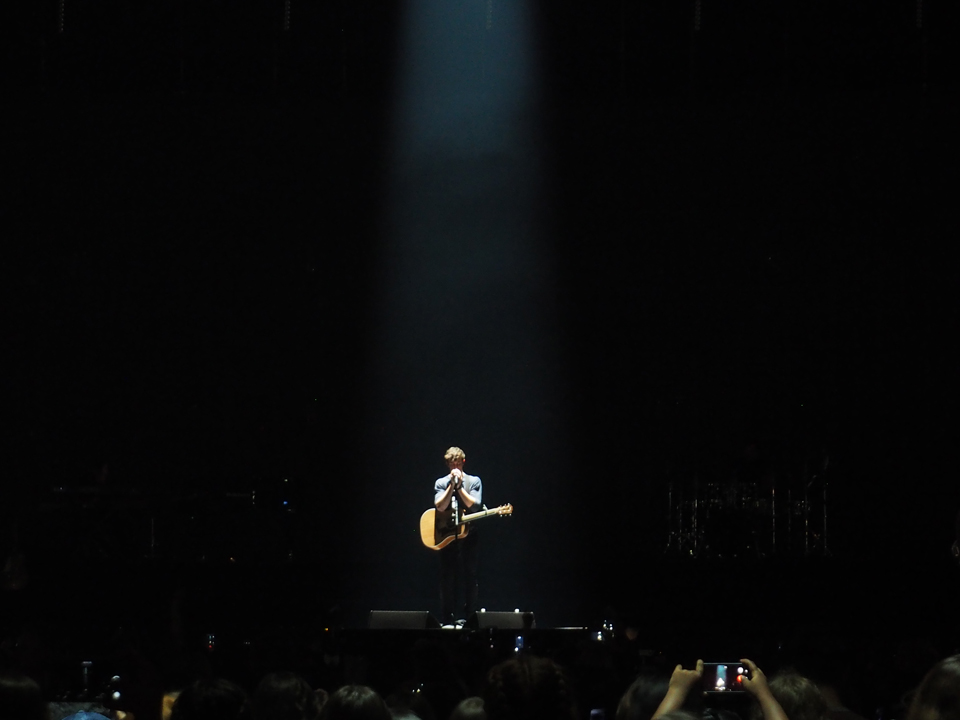 Shawn Mendes is the latest rising touring act to hit the road with Adamson E-Series and S-Series loudspeakers. Supported by Eighth Day sound the Midnight Hour tour performed to sold out audiences across North America.

“I had not used the rig before, but had heard it many times and really liked the sound quality,” explains Tom Wood, FOH engineer for Mendez. “When I talked with Eighth Day Sound and they explained how flexible the system was, I knew it would work—and it was exceptional.” The tour was on the road with a full complement of Adamson E- and S-Series line array modules and subwoofers. The larger arena shows used left right arrays made up of 12 E15 and three E12 enclosures with a total of 16 E119 subwoofers flown in two arrays of eight. Further low end was provided by sixteen E119 ground-stacked subwoofers. Front fill was covered by eight S10 enclosures.

“The E119 is probably one of the best subs I have used, ever,” adds Wood. ”It is mind blowing how much power consistently comes out of those boxes.”

The final concert at Madison Square Garden required 270 degrees of coverage to ensure the fans had an experience they would not soon forget. Two more line arrays, made up of eight S10 enclosures each, were utilized to expand the listening area. There were also delays hung behind/above FOH to cover seats where sound was blocked by the scoreboard.

“The bar has been raised for what people expect sonically at concerts,” Wood continues. “Making sure the people in the front are not having a radically different show from those in the back can be difficult to achieve. With the Adamson system, we consistently found a happy medium.”

Sound reinforcement throughout the tour was easily scaled for smaller venues, typically eliminating the use of flown subwoofers and utilizing the more compact S10 line arrays when outfill was necessary. “Since we started working together two years ago, I have worked with Shawn to build his sound,” concludes Wood. “We started with a blank canvas. Now we’ve added Adamson. It’s all coming together.”

Read more about the deployment in Front of House Magazines May 2017 issue attached here.