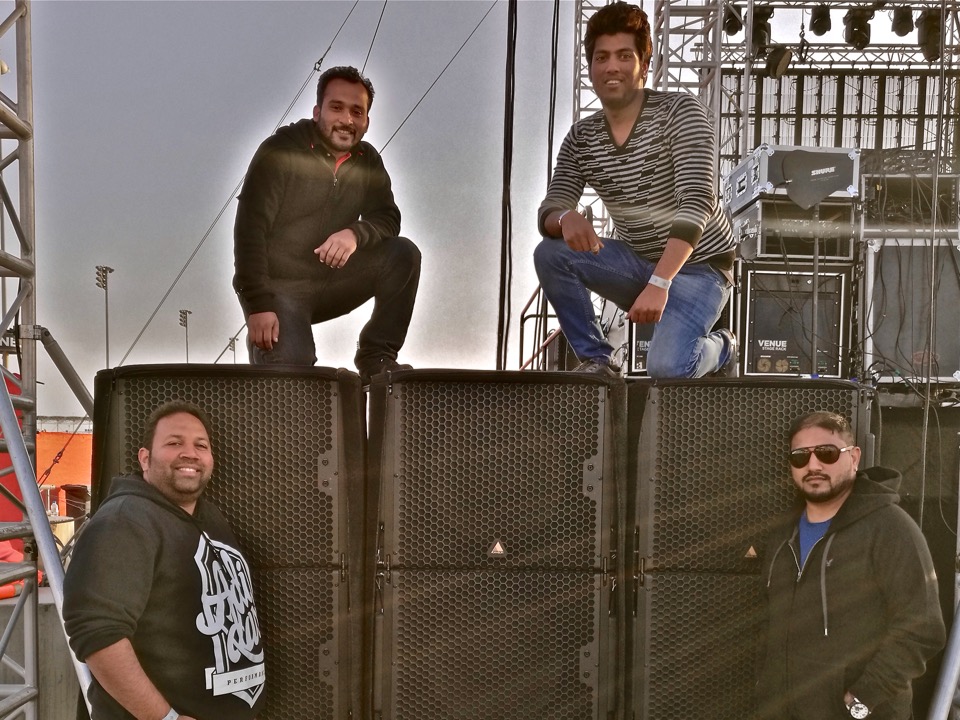 A daily crowd of proud Bahrainis over 10,000 strong came together at the Bahrian International Circuit in Sakhir for the 2016 edition of the annual BIC National Day Festival. The event, which ran from Dec. 14-17 at the “home of motorsport in the Middle East,” featured the Kingdom of Bahrain’s biggest fireworks display and performances from major Arabic stars including Khalid Fouad and Abdallah Al Rowaished.

“For the crucial mid-high requirements of Arabic artists these days, the choice of PA was obvious,” touts Tauro. “We all leaned towards the Adamson E15, which in my opinion has the best possible mid-high performance than any other box on the market. Combined with Adamson’s new E119 subs, which we used for the very first time, we had the perfect system for an event of this size and importance.”

Using Adamson’s Blueprint AV 3D modeling software, Tauro and his team designed a system that would properly cover the relatively long and narrow audience area. “What was amazing was the fact that we only needed 24 E15 boxes to cover a significant distance with no delays,” remarks Tauro.

The PA was comprised of left-right arrays with 12 Adamson E15s and nine E119s per side, plus a complement of Metrix boxes for front fills. Speaking to his experience using the E119s for the first time, Tauro says: “Being used to the T21 subs in the past, I didn’t know what to expect of the E119, having just the single 19-in. woofer. In the end, I was blown away. Those subs sounded orgasmic.”

Tauro manned the system for every act save for Khalid Fouad, who had respected FOH engineer Moosa in tow for his performance.

“Although I’ve used a lot of other top speaker brands in and out of the Middle East with Khalid and other artists, I have never heard anything that comes close to the Adamson E15s,” Moosa enthuses.

In addition to Tauro, who handled design duties and acted as the onsite system tech, the team from Maestro included monitor engineer Kunal Jaiswal and techs Jerin Jose and Kamal Raj Burman.

Celebrated annually on December 16th, Bahrain National Day commemorates the coronation of the country’s first king after gaining its independence from the British. This year’s edition marked the 45th anniversary of that monumental occasion, making it even more critical that Tauro and Maestro provide a high-performance system to do their country proud.

“Adamson has always produced my favourite cabinet on the market,” Tauro says in closing, “and again, there was no other option for the BIC National Day Festival.”