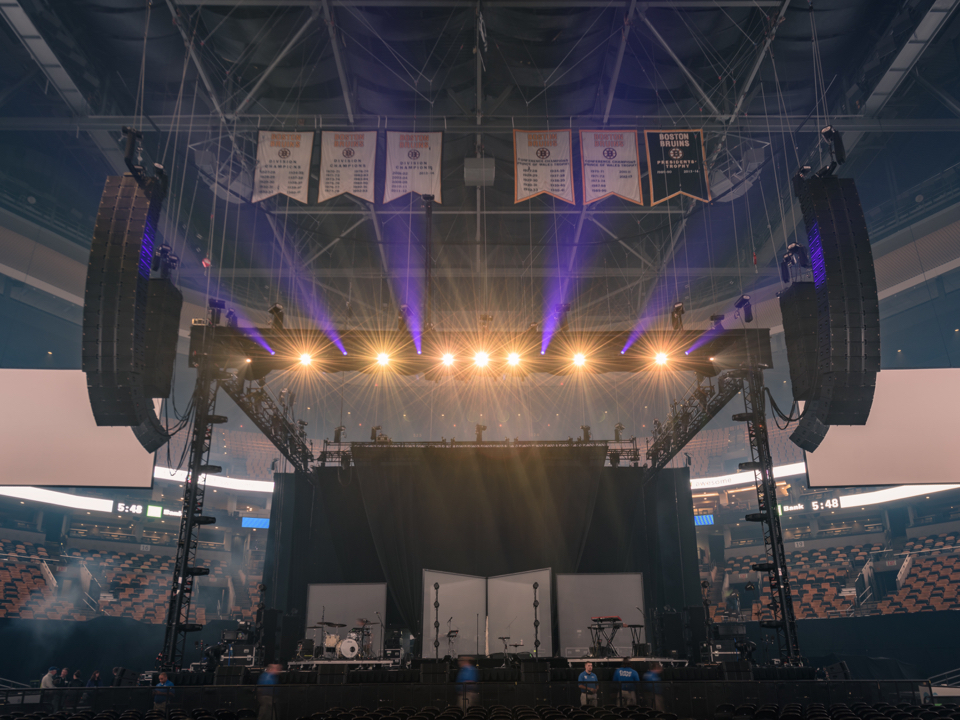 Australian pop innovator Sia set numerous attendance records on her Nostalgic for the Present Tour, which crisscrossed North America during the fall of 2016 in promotion of her latest chart-topper, This Is Acting. The artist is continually redefining performance art and relied heavily on a full complement of Adamson E-Series loudspeakers to do so on her most recent run.

FOH Engineer Jon Lemon was given direct instructions from the artist to “make it sound like the record.” He subsequently received the original mix sessions and holed up in a rehearsal room with Playback Engineer Marco Gamboa to build and convert the studio material for the live arena. In all, it was an intensive and lengthy process, but fortunately, choosing a PA to faithfully reproduce those sounds was anything but.

“I wanted to use Adamson from the get go,” Lemon asserts. “The fidelity of their boxes is so incredible, I literally hear things I normally only hear in a studio. I really like that and it is especially notable with this type of vocal performance. So choosing the PA was easy; it was just a matter of finding the right sound company to team up with.”

With a performance that defies the rules of typical concerts, finding a sound company that embraced Sia’s vision was imperative. After talking with Escondido, California-based Sound Image, Lemon found the fit – and the Adamson PA – he was looking for.

“I had not worked with Sound Image before and I have to say, it’s an impressive team,” Lemon says. “This is not your normal show. The production values must be above par. Sound Image goes above and beyond to make sure it is done right.”

The tour featured a full complement of Adamson E-Series loudspeakers. The large arena shows utilized left-right hangs of 15 E15 line array enclosures with a side hang of 12 E15s. Up to six E12s were hung below the main and side arrays, audience geometry permitting, to provide more coverage when needed. Six E119 subwoofers were flown just behind the main arrays to fill out the low end, with further support provided by 16 E219 ground-stacked subwoofers – eight stacks of two forming a continuous spaced sub array about 65 feet long.

“Sia has elements of dance and modern pop and I wanted something capable of delivering the low end,” Lemon notes. “The E219s on the floor along with the flown E119 handled it masterfully.”

Sound Image Systems Tech Vic Wagner is an admirer of Adamson’s Blueprint AV software, which he used in 3D mode to design the system for each venue. As he notes, “It’s great for looking at horizontal interaction. 3D is definitely the way to go. I really like that I can see how the arrays are interacting off-axis and the seams between hangs and optimize before deploying the PA.”

Additionally, Adamson S10 line array modules handle front fill and near out fill where coverage of the main and side arrays can fall off a bit. Stacks of two enclosures are placed on top each E219 sub stack to complete the PA picture.

Sia’s Nostalgic for the Present Tour offers fans a live performance experience that is second to none, and thanks to Lemon and the crew, Sound Image, and Adamson Systems Engineering, the same can be said for its sound.