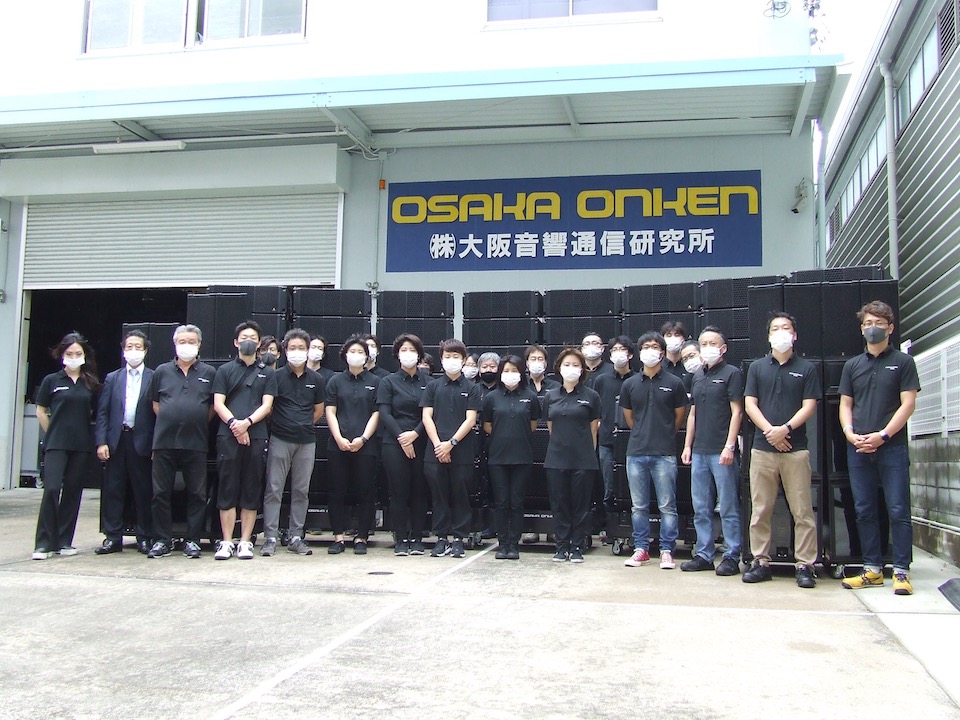 Adamson Systems Engineering, together with its exclusive Japanese distributor, ReWire, has welcomed Osaka Onken as its latest S-Series partner in Japan. With its substantial investment, Osaka Onken now boasts the largest S-Series inventory in the country.

“Wanting to significantly boost our offerings with an investment in a high-end, sub-compact loudspeaker system, we invited several very reputable loudspeaker manufacturers to demo their products in late 2019,” says Tatsuo Yamamoto, President and CEO of Osaka Onken. “It was immediately clear that Adamson’s S-Series was the top choice in terms of performance, and we’ve only grown more confident in that decision based on the support we’ve received from Adamson and their colleagues at ReWire in the time since.”

The system was delivered to Osaka Onken’s headquarters earlier in the summer, and the company hosted Adamson’s globally-standardized Applied Certification training for staff and outside technicians shortly thereafter in mid-July.

Based in Osaka, Japan’s second-largest city and a major hub in the West, Osaka Onken is one of the country’s most reputable production firms. Founded in 1973, the company is famous for supplying the system for The Beatles’ first-ever performance in Japan. In the years since, they’ve added a video division to support a wider range of applications.

“We’ve been very happy with our ongoing growth in the Japanese market thanks to our great partners,” says Ryoichi Ishii, Director at ReWire. “We’re proud to welcome a company as revered as Osaka Onken to the global Adamson Network and look forward to working closely with them as they grow their business and help to strengthen Adamson’s presence throughout the country.”