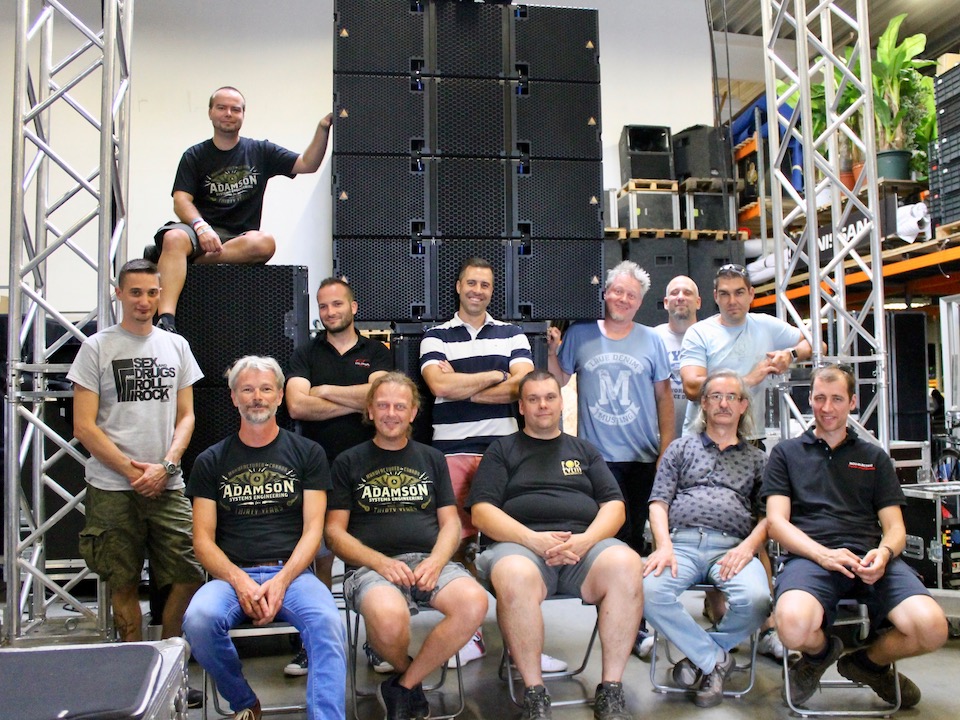 Having earned a reputation as one of Hungary’s top production technologies and event services companies, Budapest-based firm For Event Kft. has bolstered its audio inventory with a sizeable investment in E-Series and S-Series loudspeakers from Adamson Systems Engineering as it expands into neighbouring countries.

“We’ve been following Adamson very closely since they first launched the E-Series and were very impressed with what we were seeing and, more importantly, hearing,” says Gábor Glatz, Founder of For Event. “The Adamson name carries a lot of clout in Europe, and the E-Series makes it very clear why. This is a great-sounding audio system endorsed by some of the best and busiest engineers in the business, and we’re proud to join the Adamson Network as we continue our push into new markets.”

Founded over 20 years ago by Glatz, drummer for iconic funk outfit Back II Black, For Event Kft. (originally Back II Black Stage System) has grown to become one of Hungary’s largest turnkey event companies, offering audio, video, lighting, and staging solutions in addition to design and decoration services for a myriad of applications.

Working together, For Event and AVL Trade have already made an indelible impact on the local market with the Adamson brand. The two companies delivered Adamson’s globally-standardized Applied Certification training for members of their teams and other local technicians. More recently, they took over the 12,500-capacity Budapest Arena for Adamson Day, flying various E-Series and S-Series arrays for extensive demos.

“We’ve known the team at For Event for some time and have enjoyed many successful collaborations,” shares Csaba Csanádi, Trade Director with AVL. “They’ve become one of the most popular rental houses in the country, and their investment in Adamson makes them a go-to resource for major festivals and top international tours. We look forward to supporting them as they continue to grow their business and solidify their reputation at the top of the industry.”