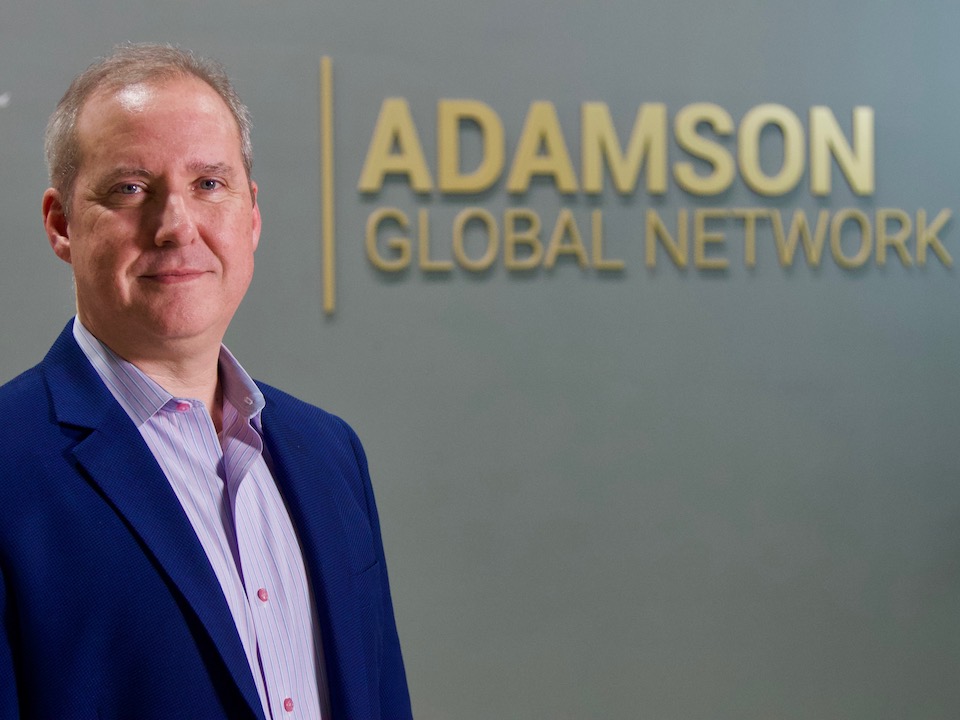 “It’s a tremendous honour to be leading a company as respected and reputable as Adamson – especially amidst an exciting time of growth and continued innovation,” begins Bertrand. “We have one of the most passionate partner networks I’ve ever seen, and close collaboration has led to considerable growth in key territories in recent years. Their connection to the product and the people that support the network provides a solid foundation as we build on Brock’s vision and proven approach to manufacturing with a host of new products and innovations in 2019 and beyond.”

Bertrand spent a decade with Tannoy North America beginning in the mid-1990s, eventually serving as Managing Director for five years. Then, in 2009, he became the CEO of TC Group Americas, overseeing a catalog of brands including Tannoy, TC Electronic, Lab.gruppen, Lake, and others through to 2016.

Following his time with TC Group Americas, Bertrand assumed an advisory role with Adamson before formally joining the company in November 2017 as Managing Director Americas, attracted by the entrepreneurial and energetic management team at Adamson.

In his new role, Bertrand plans to continue building the Adamson brand in the vital North American market while maintaining its strong presence in Europe and supporting its growing Asia-Pacific market position.

“Since I joined Adamson, I’ve worked with Marc both in his role as CEO of TC Group Americas and within our organization. Together, we formalized Adamson’s system approach through the standardization of the Lab.gruppen infrastructure. This experience led to Marc gaining a deep understanding of the needs of our network and Brock’s vision. Our history of working together will make it easy to support him as he transitions into his new role,” states James Oliver, Director of Marketing and Sales.

“The core group at Adamson is focused and skilled,” Bertrand adds. “Our ability to continue the exponential growth that the organization has experienced under the leadership of Brock Adamson is undeniable.”

In closing, Brock Adamson comments: “In his time with Adamson thus far, Marc has proven that his esteemed reputation in our industry is well-earned, and that his strengths as a leader complement our direction for the future.”