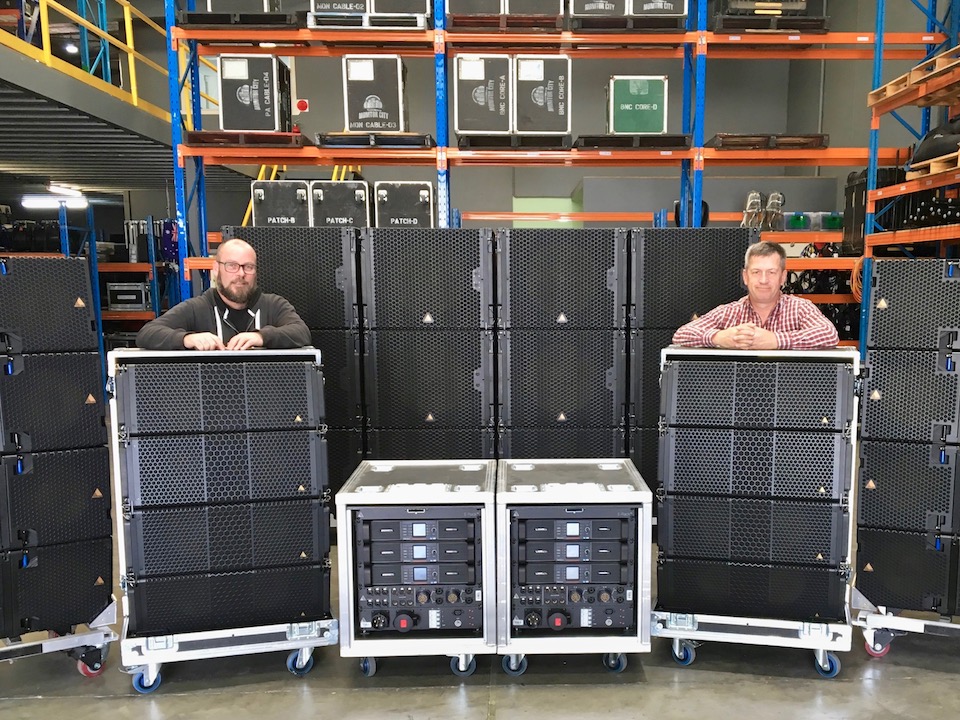 Melbourne production and install company Monitor City has joined the Adamson Network with a major investment in a new E-Series and S-Series audio system. Sourced through CMI Music and Audio, Adamson’s exclusive Australian distributor, the new package allows Monitor City to cover most venues across Australia while also offering the flexibility to break into smaller or distributed systems as required.

Monitor City Co-Founders Adrian Barnard and Matt Dufty, who each boast over 30 years of experience in professional audio, carefully evaluated all the major players in the PA market before deciding on Adamson for their purchase.

"We looked at factors such as the speed of deployment, the logic of the system, its capabilities, and sonic performance," Dufty relates. "Adamson stood out as the best choice. It's rider friendly and acceptable to touring professionals, and there's a growing Adamson Network globally. This system will cover our festival work in the upcoming summer months, and can then be split into multiple systems. It fits well with the way we do things, and will definitely help us.”

Barnard and Dufty founded Monitor City in 2006. The company now services a broad range of clients, from major festivals like Falls Music & Arts and the Unify Gathering to local government, corporate, and theatre applications. "Our company culture is one in which everyone is involved and contributes," says Dufty. "We care that when you're at a gig, it sounds fantastic. Anything less than that is not good enough."

"It's been great working with Lee Stevens and the CMI Audio team on this purchase," Dufty concludes. "They've provided really good support and are very responsive, which is essential when a business is making a decision on capital expenditure this large. It's vitally important when working on this scale that you've got excellent support from both the distributor and manufacturer. This is just the beginning of a long-term investment, and I know that CMI Audio and Adamson will work with us every step of the way."