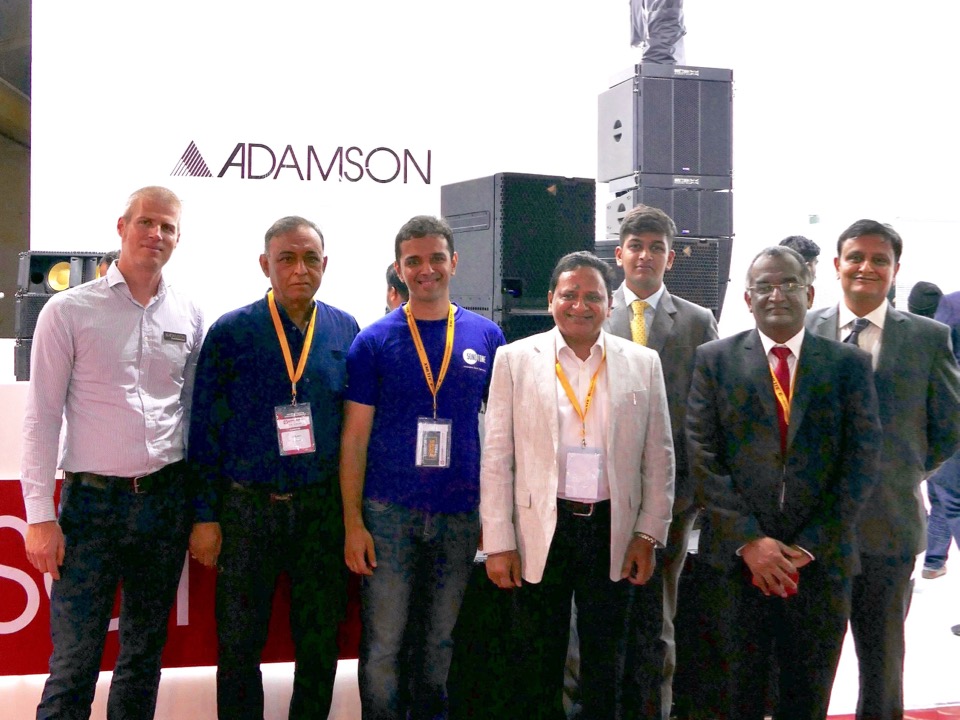 Adamson Systems Engineering has formally partnered with AVCL to bolster its presence in the Indian market. Adamson will be the first line distributed under the AVCL brand – a new premium sub-entity of distribution firm Sonotone aimed at the upper echelon of professional audio companies and users in India.

Under the agreement, Sonotone itself will oversee the Integration Segment while Vardhaman has been appointed as the Authorized Partner for the Touring Market.

“Sonotone and AVCL are excited to officially join the Adamson network as the company’s exclusive distributor in India,” says Karan Nagpal, CEO of Sonotone. “We’ve watched closely as Adamson has gained serious traction in major global markets and recognized the potential that this elite brand and premium product would have in the growing Indian pro audio market. We look forward to working with our new partners at Adamson to provide our clients with unmatched service, high-quality user education, and top-tier audio performance.”

The new arrangement was announced during a press conference on May 30, 2018, one day prior to PALM Expo India in Mumbai. Subsequently, Sonotone made its market premiere with Adamson on the trade show floor, exhibiting from May 31-June 2, 2018.

“The excitement surrounding Adamson in our exhibit at PALM has already been very encouraging,” Nagpal reports amidst the PALM Expo. “Many of our existing partners have shown interest, though we’re making plenty of new connections on the back of Adamson’s growing reputation in our market and look forward to building on that even further going forward.”

Founded in 1978, Sonotone provides its clients with the best in technologically advanced products and services for a wide range of applications, including major tours and festivals, production rentals, sound for cinema, performance venues, clubs, hotels and restaurants, and more. The company’s dealer network spans over 20 states in India.

“We’ve been impressed with AVCL’s vision for Adamson in the Indian market since our very first meeting,” comments David Dohrmann, Adamson’s Technical Director for the Asia-Pacific region. “Sonotone has continually proven that its stellar reputation in the Indian market has been well earned and Vardhaman has gained a high profile in the touring segment. We look forward to working closely with their team to help build our profile and overall reach in this significant and promising marketplace.”