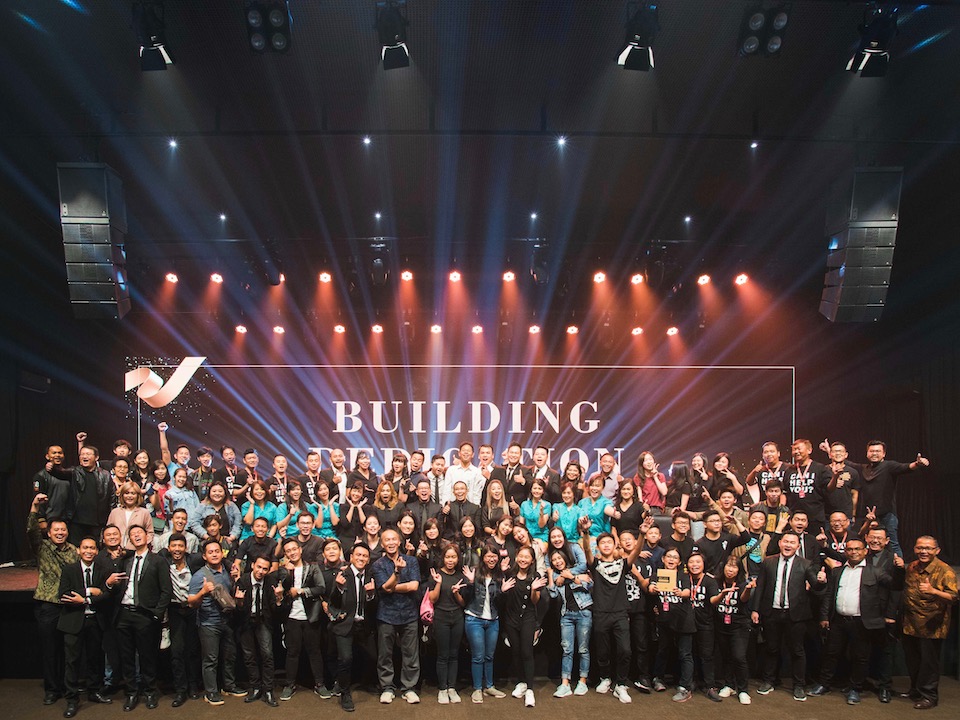 Widely known for its lively, contemporary services, IFGF Semarang recently built a new main campus in Semarang, Central Java, to better serve its dynamic weekly congregation of over 650 worshippers. As a result of a rigorous audition process, the main auditorium boasts a brand-new audio system built around the install-focused IS-Series from Adamson Systems Engineering, which was selected to enhance the church’s musically-rich services and maximize community engagement.

IFGF Semarang administrators were clear from the outset that no expense would be spared in delivering a premium audio experience for its congregants. As such, they invited five manufacturers to demo their solutions in the previous auditorium. The IS-Series system, supplied by longtime Adamson Network partner Big Knob Audio, was the clear winner across the board.

“We heard the other four systems first, and none had the clarity or impact of the Adamson IS-Series,” says Dibya Krisnanda, IFGF Semarang’s Senior Engineer. “As soon as we heard it, we knew we’d found what we were looking for.”

The system now installed in the church’s auditorium is comprised of left-right arrays of five IS7 two-way, full-range line array enclosures beneath a single IS118 subwoofer per side and an additional four E119 subs on the ground for extra low-end support.

“The ultra-compact IS7 cabinets pack a lot of SPL and sound like a much larger system, and the E119s are just a world apart from any other subwoofer on the market,” adds Krisnanda. “We can get the furniture literally shaking if we want to!”

Thanks in large part to the IS-Series’ rigging hardware, which is specifically designed for permanent installations, the entire integration process from cabling to a fully-operational system took only a few days.

“The installation crews love the IS-Series because it is incredibly light considering its capabilities and goes up so easily,” offers Timo Wibianto, Senior Partner with Big Knob Audio. “It’s just a matter of following the instructions from Adamson’s Blueprint AV software regarding the angling and tilting. It’s as simple as that. We’re thrilled to welcome IFGF Semarang to our fast-growing Adamson family in Indonesia.”

Since moving into their new home, both clergy and congregants at IFGF Semarang have noticed a significant improvement in the clarity and quality of their services – especially the music ministry.

“This system is just so flexible,” comments Steve Widjaja, one of the church’s audio department volunteers. “You want it loud? You’ll get loud. You want it musical? You’ll get musical. It’s so enjoyable to mix on this system. Regardless of what you throw at it, the Adamson IS-Series will deliver.”