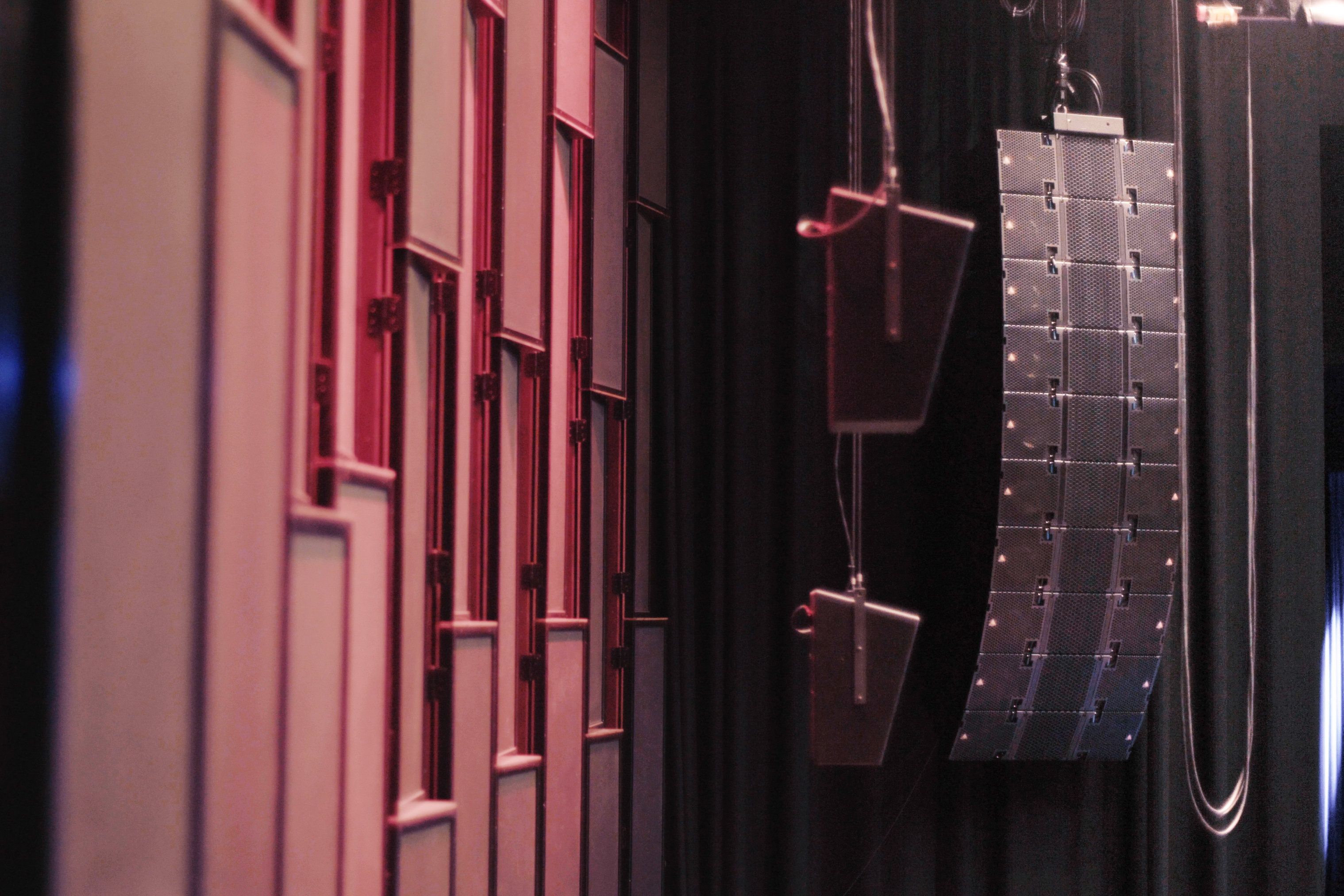 Bølgen Kulturhus is a truly multi-purpose, multi-use venue that welcomes thousands of patrons annually for concerts, cinema, and theatre presentations, as well as conferences and events of all descriptions. With the recent installation of an Adamson Systems Engineering E-Series PA in its main hall, 'Storsalen', Bølgen has extended its already substantial capabilities to present the wide variety of programming it offers and the diverse range of events it hosts.

In the Storshalen space, Benum has now installed a system comprised of twenty E12 (flown ten per side), six E219 subs, and four S7p loudspeakers for lip and infills; all powered by D-Series amplifiers by Lab Gruppen (eight D120 amplifiers for the E12, two D200s for the E219 and one D80 for the S7p). Additionally, a Lake LM44 is deployed at FOH to create a fully redundant digital network with all audio distribution handled via Dante and a dedicated analog backup.

Benum, which will be celebrating its 50th anniversary in 2021, has been representing Adamson Systems Engineering exclusively in Norway since 2015, and in Sweden since 2017. Adamson’s growth in the market has been substantial, says Sales Manager Kenneth Vadset: “We got a flying start with an S-Series installation at the Olavshallen concert hall in Trondheim in 2016, which was the first Adamson installation we did, and from there word spread, so we've since gone into many cultural houses and theatres."

As is the case with many of his colleagues at Benum, Vadset is a touring audio engineer and, based on his own experiences on the road, believes that any incoming act will be more than happy with the E-Series system.

“I’ve toured a lot and mixed in many Norwegian cultural houses, including Bølgen and many other venues. Frankly, some didn’t have the quality or the size of systems we needed, so we would always carry our own rig to supplement or replace the house system. That won’t happen at Bølgen."

The implementation of Adamson’s products throughout all the main performance spaces provides Bølgen with consistent audio infrastructure that will make it easy for the venue to reconfigure the systems as needed for virtually any application. “Adamson is a well-known, respected, and widely used brand throughout Norway and elsewhere in Europe,” Vadset puts in, “and they’ve become a big player in both touring audio and performance installations. To be able to offer both in the same venue is a huge benefit."

“By using Adamson across all of our stages, it gives us the same audio signature throughout the entire house,” says Bølgen's House Tech Manager, Dagfinn Apelland.

Flexibility, functionality, and fluidity are integral to Bølgen’s day-to-day operations in general, but nowhere more so than in Storsalen. And although Apelland wanted the same pristine performance Adamson provided in the other spaces, for the main room he specified a more powerful, larger format system that offered excellent coverage and fidelity, whatever the application it is used for at any given time.

Those applications range widely, from film screenings to corporate/community events to heavy metal shows and everything in between. To serve that multi-purpose mandate the room itself is designed to be reconfigured to suit the needs of the event and the audience in equal measure on a per-show basis. In one scenario the stage area is at surface level, with sloped seating rising from the edge of the performance area to the rear of the room. In another, roughly half of the seats can be retracted and stored under the rear upper seating, creating room for a stage to be constructed and a ‘standing room’ audience area.

The result is a great sounding room regardless of the seating or stage layout. Ultimately, having multiple tiers of Adamson loudspeakers available throughout the venue – touring and fixed install products alike – dramatically enhances the flexibility of the venue overall. Being able to meet all their needs with one loudspeaker manufacturer’s products is a definite plus for the venue, the audiences attending any type of event or performance there, and the performers themselves.

“The feedback from people that have used the Adamson systems at Bølgen, the E12 system especially, is fantastic," Vadset sums up. “Almost everybody has said Bølgen is the best sounding cultural house in Norway.”