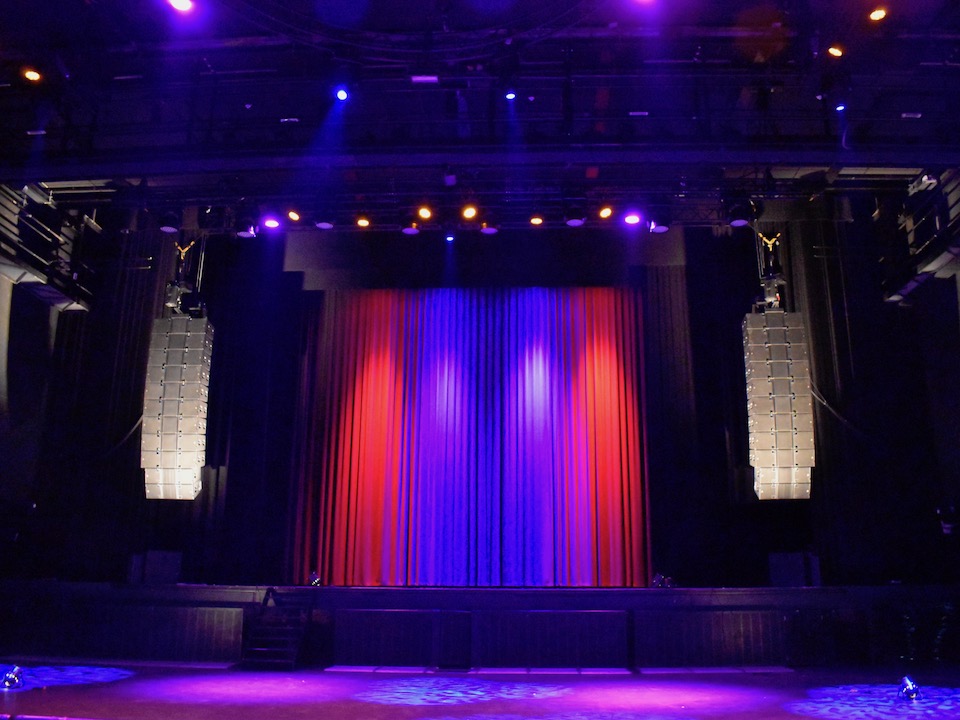 013 is one of the largest and most frequented pop music venues in the southern Netherlands, hosting a slew of international touring acts and popular festivals every year. Now, thanks to its newly-expanded, venue-wide live audio systems from Adamson Systems Engineering, it’s also one of the best-sounding.

Located in the city of Tilburg in the southern province of North Brabant, 013 Poppodium is comprised of the 3,000-capacity Main Stage and 700-capacity NEXT Stage.

“We feel Adamson has one of the best-sounding systems, if not the best-sounding system out there right now,” begins Erik-Jan Dodd, Lead Sound Engineer at 013, about the decision to re-invest in Adamson. “A lot of major artists have the E-Series on their riders these days, and for the last three years, every band that has visited 013 has used our system, even if they were carrying their own. Engineers trust Adamson, and if they’ve been here before, they know we’ve got a great-sounding PA system perfectly tuned to our room.”

Prior to the most recent upgrades, the Main Stage system included left-right arrays of nine Adamson E15 three-way, true line source enclosures per side along with a single row of E219 subwoofers lining the front of the stage. Boxes from Adamson’s SpekTrix series were originally deployed as underhangs for the main arrays as well as frontfills; however, the venue’s technical team felt they needed a more substantial solution for the ever-critical space right in front of the stage. By that point, the complementary E12 three-way, full-range enclosure was widely available, which would bring more power and a more consistent voicing to the busy venue.

013’s Main Stage system now includes underhangs of two E12s beneath each main array and four sub-compact S10 two-way, full-range enclosures from the tour-proven S-Series as front fills, offering a perfectly-uniform sound image and high-impact coverage throughout the entire space. Rounding out the system are a single P12 from Adamson’s Point Series per side as outfills and four PC8s as lipfills.

As for the existing NEXT Stage system, it features main arrays of eight S10s and a single P12 frontfill per side, along with four E219 subs loaded beneath the stage to anchor the low end. The foyers for both performance spaces are also outfitted with distributed Point Series systems.

“Working with the teams at Adamson and Audio Acoustics, we’ve done everything possible to ensure great sound in both of our rooms, and the support throughout the entire process has been amazing,” Dodd acknowledges in closing. “They’ve helped us get the most out of our venue-wide systems every step of the way. Now, nothing is standing in the way of an unparalleled musical experience at 013.”